Focusing on Victorian theatrical adaptations of Dickens’s works from the late 1830s to the 1880s, my project addresses the disparity between Dickens's depictions of hearth and home and those of his adaptors. Tracing the afterlives of Dickens’s narratives on the Victorian stage reveals a conspicuous tendency to preserve his status as an unambiguous supporter of middle-class domestic ideology. Did these productions dilute the scepticism that so often sneaks into Dickens’s domestic vignettes and thus iron out the self-critique beneath his outward endorsement of middle-class ideals?

Victorian dramatists cut plot material, made subtle changes to characterisation and sometimes even omitted disruptive figures that threatened to undermine Dickens’s reputation as a benevolent guardian of the hearth. My attentiveness to the ways in which melodramatic convention tidied up the unresolved threads of Dickens’s narratives into reductive parables will raise the possibility that these adaptations may be regarded as ethical interventions designed to resolve the moral confusion of the novels. I will juxtapose analysis of the plays with close readings of contemporary reviews, both of the theatrical productions and the original novels, because ultimately, I wish to explore the adaptations’ contribution to the popular notion of Dickens as a proponent of family values and uncover the extent to which they strengthened audiences’ and readers’ cultural investment in this image.

Employing a historicist approach, I will examine those alterations rooted in ideological imperatives alongside the more pragmatic excisions necessary to make production feasible and the changes prompted by the shift to a new genre. I will trace Dickens's changing response to the adaptations throughout his career, the ways in which the productions influenced his writing and the broader interrelations between the stage and popular novels. I hope my project will enhance our understanding of the dynamic role of Dickens adaptation in Victorian social and cultural formation. 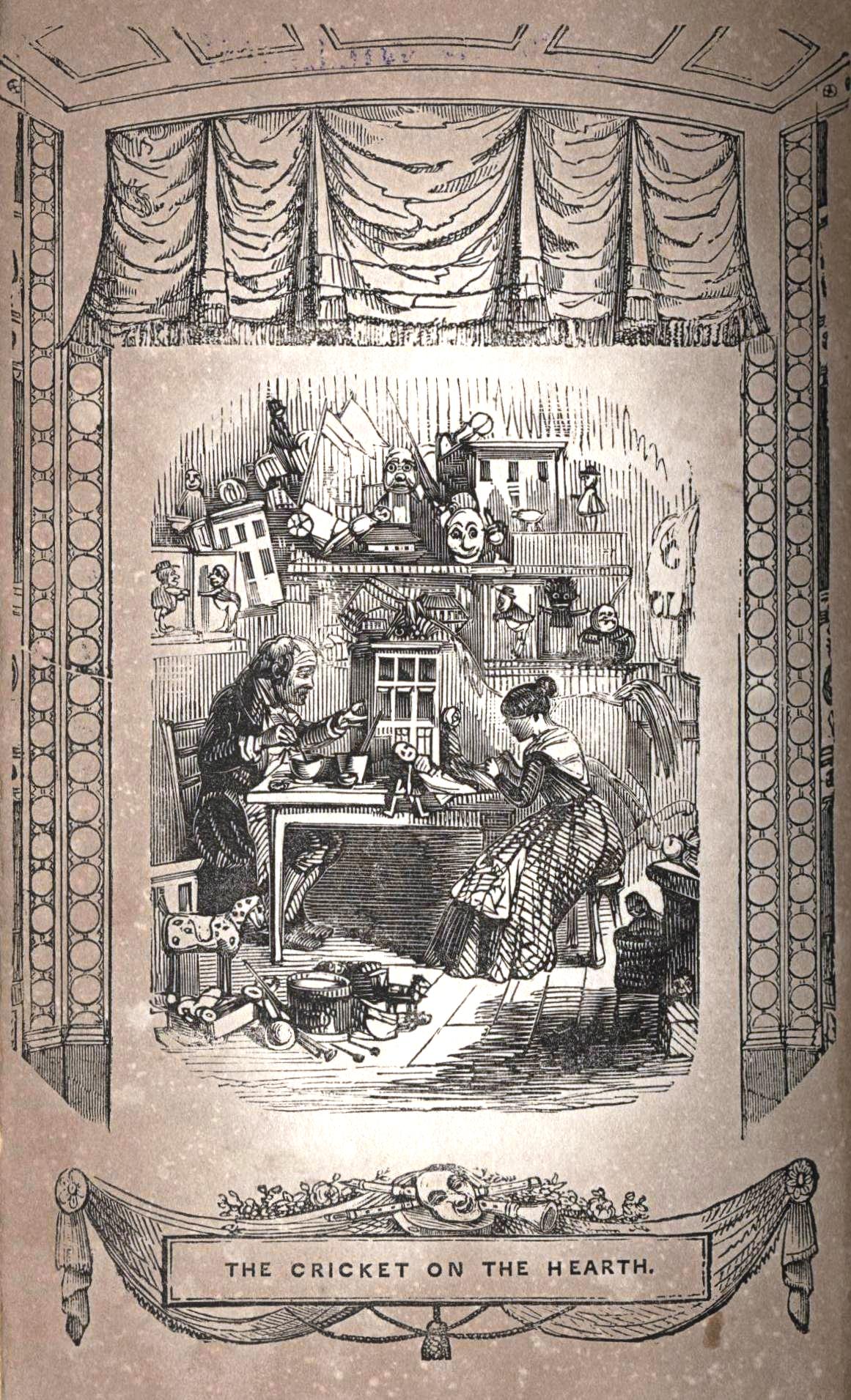 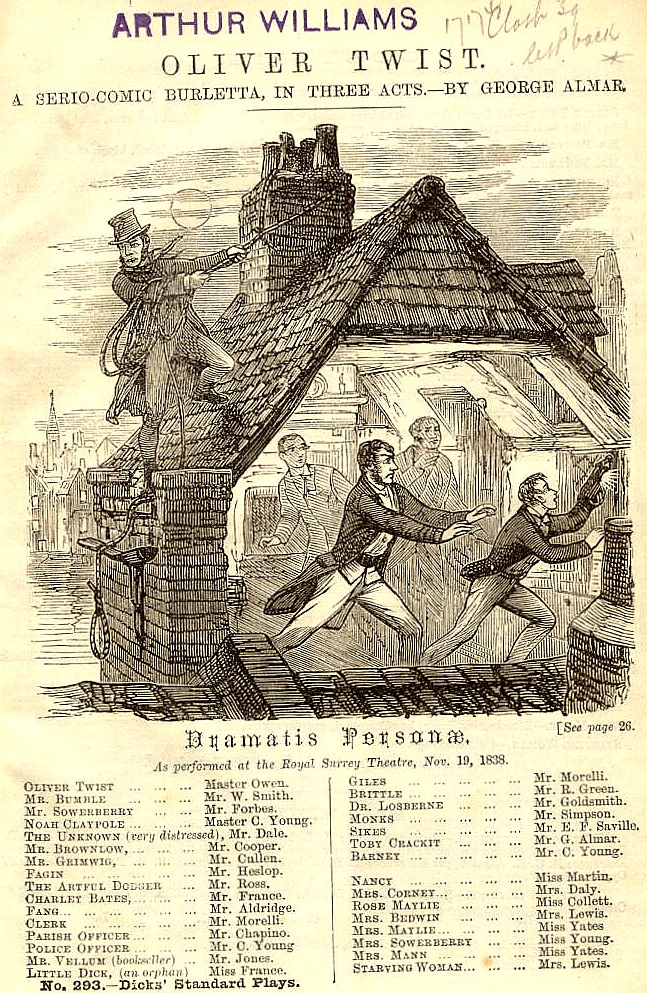 Illustration from 'The Cricket on the Hearth', which was adapted by Edward Stirling and first performed at the Adelphi Theatre

'Reimagining Dickensian domesticity: Nicholas Nickleby and The Old Curiosity Shop on the Victorian stage': For the 'Adapting Dickens' Dickens Society Annual Symposium at the Harpa Convention Center in Reykjavik (11-13 July 2016).

‘‘Happy ever arter’: Reconfiguring hearth and home in Victorian adaptations of The Pickwick Papers’: For the ‘After Dickens’ conference at York University (2-3 December 2016).

‘Fantasies of domesticity in Victorian theatrical adaptations of Dickens’s novels’: For Dickens Day at Senate House, University of London (14 October 2017).

‘Domesticity and the Fallen Woman Plot in Victorian theatrical adaptations of David Copperfield: For Dickens Day at Senate House, University of London (20 October 2018).

I co-curated the 'Victorian Studies Centre at 50' exhibition at the David Wilson Library, University of Leicester. I worked as part of a small team and was responsible for selecting archival items, writing descriptive labels suitable for a general audience, and helping to arrange the display cases. The exhibition ran from November 2017-March 2018.